Why should I buy a used engine?

An used engine coming from a car with an accident, is the solution when you have great troubles to your car engine and the repair costs are higher than the cost of the car.

In addition, a used engine with all its components not always represents something older than what you are going to replace. It would have ran less km than the engine you have to repair.

Which kind of guarantee do I have with a used product? 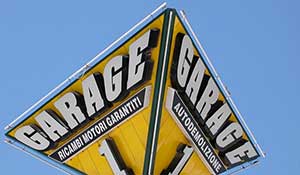 Guarantee times are different between cars industries. The most important thing is to check the person / company is selling you the product really exists and reveals a long experience.

USED ENGINES must be guaranteed.
Guarantee means that the product must be checked professionally, with experienced staff and with the technology allowing these processes.
In case the engine would present any kind of problem, guarantee means being planned to collect quickly the engine and sort it out as soon as you can.

First of all, be sure that the saler exists and it’s really experienced. They don’t have to be intermediary. Experience is a must.

Nowadays, Internet offer us the chance to know companies/industries and their histories: the location, the owner and managers, how long they have been existing.
Surfing, you can find as well, companies that don’t know accurately the product sold, its conditions because they trust to the intermediary and they don’t know the history of the product ( if the car had any other problems, where it comes from, but first of all, they even have no experienced staff and technologies to work on it).

How does it last a used engine?

The cost is not the only factor you have to be worried about.

Buy a good engine is fundamental as trust to the person who guarantee the product with a trial period.

Don’t be worried just about the price, control tests and treatment processed are important at the same level.

The more you make a good maintenance, the longer your engine lives.

Motor oil, cooling system and heater fluids tests are fundamental, especially before and after a long travel.

Do you sell also other car parts? 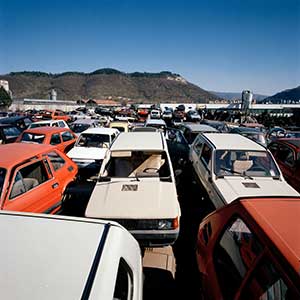 Yes, we do sell; even if the ENGINE REPRESENTS OUR STRENGTHENS.

We also sell all these accessories that usually don’t belong to the engine such as:

We sell any kind of mechanic parts, but also the externa mechanic parts such as differential group and anteriors for 4×4 engines, damper, driving shaft etc …

With our great store, we have a great availability of car spare parts.

Our 2000 motors availability make us leaders to the sales of engine and gear change.

I am not expert, can I get in contact with you for an advise? 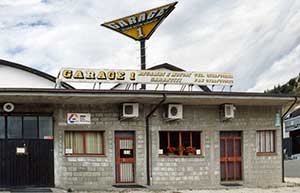 We advise you to let call us your garage car that is processing the change of the part as he will be the more suitable person to give us many technical details as possibile. Electronic parts know an evolution and it’s not anymore accessible as it was once.

To guarantee accuracy on your quote we need time, sometimes even too much time to perform as best as when we can. We want to be sure to get all the information about registration certificate and technical details that only your mechanic can give us.

To ensure us a quick work, let your car repair call us.
This step ,that concerns a series of technical questions,is fundamental to avoid any kind of misunderstanding and unpredictable events because the repair man is the only person able to give us the details as best as possible.

What is an inspected car? 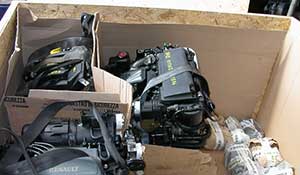 It may be held in several ways.

It means balance the performances of a used engine with a new one and guarantee the same level of quality.

It depends according the car’s owner.

As often and wrongly happens, saving money is preferable than be worried about car engine inspection to check its quality.

A good inspection concerns the replacement of all the damaged mechanic parts such as pistons, bush, strips; an engine shaft can be inspected but having a new one is extremely different as it represent a fundamental part of the engine.

There is, as well, the cylinder head and all its components as fundamental part.

It’s compulsory which kind of inspetion has been processed to the car and what the customers prefer, as the person who is buying the product will know the meaning of satisfaction.

Sometimes, repairing the engine is pretty much expensive because the unique main block is damaged. It’s advisable, for this reason, to look for a used engine or, for a part of it, to find a solution.

These are decisions mainly held with the car repair shop is going to work on it.